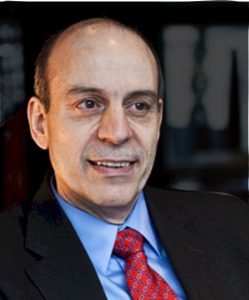 Tom Mucciolo is founder and President of MediaNet, Inc., a Presentation Skills Company in New York City. Tom is a recognized industry expert regarding visual communications and business presentations. He has served as a presentation skills consultant for major corporations since 1985 concentrating on the scripting, the visual design, and the delivery skills associated with presentations, especially electronic events.

The Presenting Made Easy™ workshops and the Electrifying Presentations™ seminars, seen around the world, feature Tom as the keynote speaker and have been sponsored by industry leaders such as IBM, Microsoft, Dell, In Focus and Toshiba. Beginning in 1999, Tom was engaged as a keynote speaker for Vistage, an organization of CEOs. Tom has delivered more than 175 Skills Workshops to these leadership groups throughout the country.

Over the years, Tom has conducted sessions in a number of international venues, specifically in the medical/dental arena. In 2005, Swiss-based Nobel Biocare, the leading manufacturer of dental implants, contracted with Tom to design and implement a Global Speaker Training program for over 300 dental professionals, from Europe, Asia, and the Americas. Tom has coached people from Japan, Germany, England, France, Spain, Italy, Belgium, Sweden, Netherlands, Brazil, Australia, China, India, Russia, Singapore, South Africa and the Middle East. In many cases, simultaneous translation is used, although Tom can coach people in their native language, since the focus is more on the body language and voice inflection, rather than on the spoken word.

In 2005, Tom joined the faculty of New York University, as an adjunct professor, to increase the communication effectiveness of the NYU faculty and deans. He collaborated with Dr. Leila Jahangiri, his colleague at NYU, to complete a multi-year study focusing on teaching/presentation effectiveness and the results of the research were published in the Journal of Dental Education in April, 2008. As the research expanded globally, across 17 countries, interactive skills assessment tools were developed to measure effectiveness, these tool were published on the MedEdPORTAL, a peer-review repository for educational, training and assessment materials.

In 2011, Tom and his colleague, Leila Jahangiri, published the book A Guide to Better Teaching: Skills, Advice, and Evaluation for College and University Professors, (Rowman & Littlefield), targeting the academic environment. Currently, using the same research data and skills assessment tools, they are writing a related book that focuses on the improving the speaking skills of business professionals.

Tom is chiefly responsible for the development of MediaNet’s ShowSTARTER®, an artificial intelligence program for designing business visuals. He has also contributed his expertise to several business publications through many articles and interviews.

Before founding MediaNet in 1985, Tom turned his eye toward technology and joined the emerging PC industry at its near inception in 1980 and worked in marketing, sales and training positions. Prior to this, with his flair for entertainment, Tom pursued a theatre career. He had the unique opportunity to study acting with Robert Lewis, founder of the famed Actor’s Studio, and the skills he acquired for the stage now serve as the basis for all his coaching programs. Tom launched his business career as a public accountant for Coopers & Lybrand, Price Waterhouse and other companies. Tom earned his business degree at Iona College in New York.